Lena Nelson Dooley will be the speaker -- Painting Historicals With Authenticity. One of her historicals is a finalist for Book of the Year. She will share lots of ways to find information you need to make your setting authentic to the time period.

She'll also present this workshop at national, so if you're not able to attend national, or if you want to take a different workshop during that time period, you won't want to miss this meeting.

Meeting takes Place at:
La Hacienda Ranch restaurant
Hwy. 121 in Colleyville.
(Between Glade and Hall Johnson)
August 9, at 11:00 am.
We meet on the second Saturday, 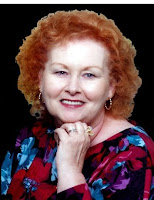 BIO
Lena Nelson Dooley is a freelance author and editor who lives with her husband in Texas. She and her husband have two grown daughters, two sons-in-law, and four grandchildren. They love to spend time with their family. They also enjoy traveling, including taking vacations in Mexico, visiting and working with missionary friends.
During the years she has been a professional writer, she has been involved as a writer or editor on a variety of projects including: a regional Christian newspaper; a TV movie and Public Service Announcements; curriculum for public school, private schools, children’s Sunday School, and Children’s Church for three different denominations; International business reports; technical manuals, and sketches for a Christian comedian. She has edited several books for clients. She developed a seminar called “Write Right,” which she taught several years as a faculty member of the Fine Arts Academy in Bedford, Texas. She hosts a writing critique group in her home and has mentored a number of now-published authors. After years of working for a church, she now writes full time at home.
Lena often speaks at women’s ministry meetings and writing events and conferences. She has had speaking engagements in two states, Mexico, and Guatemala.
Several of her Heartsong books have appeared on the Top Ten Favorite lists. She’s even been on the Top Ten Favorite authors list. And she has been a finalist in Book of the Year four times. His Brother’s Castoff took second place. Once again, she’s a BOTY finalist.