Writers can do everything "right" with the basics of craft (point of view, scene structure, characterization) and still manage to write a book that agents, editors, and readers end up throwing against a wall in frustration.  During the session, Becky will hit on some advanced-level considerations that every writer should weigh when crafting heroes, heroines, dialogue, pacing, theme, conflict, and more. 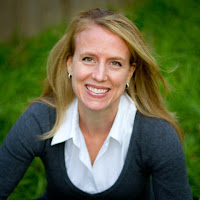 Becky's a California native who attended Baylor University, married a Texas boy, lived overseas in the Caribbean and Australia for four years, then settled in Dallas.  She published three historical romances for the general market in '99, '2000 and '01 then put her career on hold for several years to raise her three children.  When God called her back to writing, Becky knew He meant for her to turn her attention to Christian fiction.  She now writes contemporary inspirational romances and is positively certain that she's finally found her author's voice and her favorite niche in the world of publishing.  Her CBA debut, My Stubborn Heart, was released in the spring of 2012 and has been nominated for both an INSPY Award and for RWA's RITA Award.  Her newest release Undeniably Yours, hit shelves May first of this year.

Don't miss the next meeting of DFW Ready Writers, Saturday, June 8th, 10:30am at the Bedford Library.