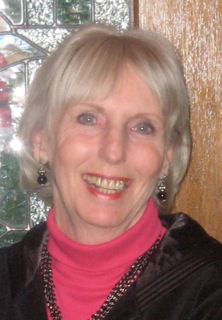 Have you ever had to leave your writing for a few days or even weeks? When you returned to your manuscript did you have a hard time getting back into the story?
Try storyboarding. It is a method of putting your story together in a visual way so that when you study the storyboard you are immediately drawn back into your book. The mood, the setting, even the characters come to life once again. A storyboard makes the writing flow easier, smoother, and gives you visuals of your characters, places, and things. With storyboarding, those sometimes illusive characters seem to jump off the board and right into the room with you, helping you write their story and keep you on track.

Janet will show you how she begins then adds to her storyboards. She’ll reveal little tricks of the trade and give you ideas for making one of your own at the DFW Ready Writers’ November 13 meeting. Join us while we learn a new technique when Janet Lee Barton presents: Storyboarding.

Born in Roswell, NM, JANET LEE BARTON has lived all over the southern U.S., but she and her husband now call Oklahoma home. Several years ago, they bought a house with a daughter and her husband. With two teenage granddaughters in the mix, life is quite an adventure! They laughingly call it their "Generational Living Experiment."

Janet loves being able to share her faith through her writing. Happily married to her very own hero, she is ever thankful that the Lord brought Dan into her life, and she wants to write stories that show that the love between a man and a woman is at its best when the relationship is built with God at the center. She's very happy that the kind of stories the Lord has called her to write can be read by and shared with women of all ages, from teenagers to grandmothers alike. You can find out more about Janet at: http://www.janetleebarton.com/ .