“You Got Science in My Fiction.” 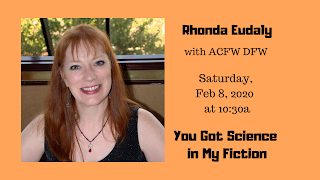 Join us at the Arlington Community Church, located at 1715 W. Randoll Mill Rd, Arlington, on Saturday, February 8, 2020 at 10:30 a.m. as we welcome Rhonda Eudaly (Simpson) when she presents, “You Got Science in My Fiction.”

Her presentation is an introduction to science fiction as a genre, its various uses, and across multiple genres, sometimes allowing the writer to touch on different and tough topics not regularly found in their genre.

Eudaly lives in Arlington, Texas where she's ventured into several industries and occupations for a wide variety of experiences. Her family includes her husband, their dogs, and a rapidly growing Minion© army. Her two passions are writing and music, which is evident in her increasing horde of writing instruments.
She has a well-rounded publication history in fiction, non-fiction, and scriptwriting. For her latest publications and downloads, visit her website at www.RhondaEudaly.com.

To reserve your spot for this program, click “Going” on the event page:  https://www.facebook.com/events/174015667026570/.
For more information about this and other programs for ACFW DFW, visit: https://dfwreadywriters.blogspot.com/ or https://www.facebook.com/DFWReadyWriters/.
The program is followed by a pay-your-way lunch at a nearby restaurant for further fellowship and networking. 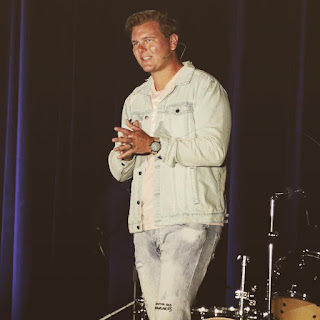