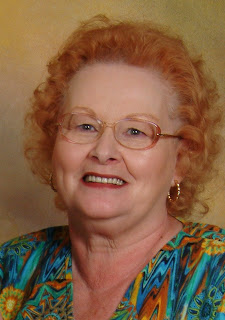 is a multi-published author. Four of her novels published by Heartsong Presents, the romance division of Barbour Publishing, were voted top ten favorites in Heartsong’s annual readers’ poll. One of her novels received a second place award in the American Christian Fiction Writers Book of the Year contest at the 2004 national convention. The Scraps of Love novella anthology, also published by Barbour Publishing spent five months on the CBD fiction bestseller list. Three of her books—Pirate’s Prize, Minnesota Brothers, and Gerda’s Lawman—were on a bestseller list in the UK. Pirate’s Prize went to #1 on that list. Spinster Brides of Cactus Corner, an April 2007 release was on the CBD fiction bestseller list within two weeks. Her novella The Spinster and the Bride was a finalist in Book of the Year. Montana Mistletoe, which released in September 2007 was on the CBD list, too. Snowbound Colorado Christmas was on the CBD bestseller list for three months, as well as on the Barbour Fiction bestseller list. In 2008, Lena was voted one of the top ten favorite authors in the Heartsong readers’ poll.
A member of American Christian Fiction Writers, she has been a speaker on both the regional and national level. She’s also president of the local chapter—DFW Ready Writers. In 2006, she received the prestigious Mentor of the Year Award at their national conference. She also teaches writing seminars and has spoken at writers’ groups in two states. Besides speaking for writing events, she has spoken for women’s groups and women’s retreats both in the US and internationally.
Mrs. Dooley and her husband James will celebrate their 45th anniversary this year. They live in Hurst and are involved in the lives of their children and grandchildren.
Before she started writing full time, she was also on retainer from a publishing company where she headed a writing team that produced a two-year American History course for at-risk students. She has completed other major curricula.
Snowbound Colorado Christmas was her 18th book release, and five books will release in 2009—The Prairie Romance Collection, Wild Prairie Roses, Cranberry Hearts, Wild West Christmas, and Christmas Love at Lake Tahoe. Summerside Press will release Love Finds You in Golden, New Mexico in 2010.
No comments:

DFW Ready Writers in the News - What's Happening May 2009

In this month's news:

Lisa Buffaloe is getting settled in the beautiful city of Boise, Idaho. We miss you, Lisa! Lisa was interviewed twice this month! To read her interview with Norma Vera, visit http://grandmateachmewisdom.blogspot.com/
And, for Lisa's interview with Kathy Grubbs, visit http://www.10minutewriter.com/
Congrats, Lisa!

Jane Thornton's newest article, "One Another," is on The Christian Pulse. Click here to check it out. Great article, Jane!

BIG NEWS for our favorite doctor and medical resource, Richard L. Mabry, M.D. Richard signed a contract with Abingdon Press in January. His medical suspense, Code Blue, will be published in early 2010. The second book in the "Prescription For Trouble" series is complete, and Richard is now at work on book three. Congrats, Richard! I can't wait to pick up my autographed copy!

Richard has also been published recently in the March-April issue of Upper Room meditation guide with his article "Proclaiming Good News." "The Secret Life Of A First Reader: Interview With Crystal Laine Miller" was published in the March issue of Christian Communicator magazine.

Congratulations to this month's Members in the News! And, congrats to all of you who write for our Lord!!!

A popular teaching in the writing world is—Show don’t tell.

But what does that mean?
And how do we know if we’re telling or showing?
A good way is to read your chapter aloud. If it sounds like Aunt Frieda telling about her latest trip—you’re telling. It’s the Dragnet style of writing. Remember the old TV show where the guy says,

You can find many telling troubles by hunting for was and were.

EX: She was tired. That’s telling.

Instead, write—She identified with the wilted daisy in the vase and drooped onto the couch. And you can see the character being tired. That’s showing.


There are sneakier ways for telling to creep into your writing. Back story is full of telling sentences. That’s why your story’s pace shudders to a screeching crawl. If it reads like a history lesson or travelogue, you are telling the reader what you want them to know instead of letting them discover along with your characters what they need to know.

Use dialogue to sprinkle facts in the story.

Another tell-tale sign is by using a word to name an emotion. So if you write—He was angry. You told me the guy is mad. Instead show me.

He clenched his fist

Think about body language and show the reader your character’s emotions.

A last hint about telling. Be specific.

Telling is in the generalities.

A flower tells me what it is — a rose shows me the flower.
So let the show go on and write lively.

Check for the use of was or were, avoid large info dumps or back story, show the emotions, and be specific.

You’re writing will sparkle and your readers will thank you. 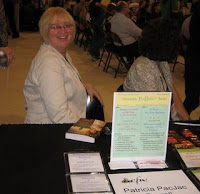 Patty is a member of the DFW Ready Writers and has written two books every aspiring author needs. Check out an interview with her on Lena Nelson Dooley's authors blog.

Our May Speaker - Marilyn Eudaly 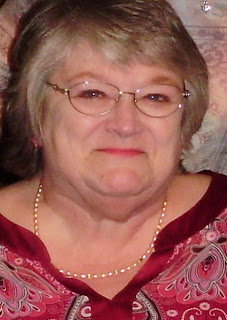 Characters in a Novelist’s Zoo—a fun interactive workshop.
Marilyn Eudaly will present a tool used to layer stories with deep POV, motivation, and conflict. Under her guidance you will experience how personality strengths and weaknesses will enhance character development while improving personal relations and resolving real-life conflict.
Marilyn Eudaly uses her professional experience as a facilitator for the True Colors organization, as mediator and student advisor, to present this workshop on creating characters as real people. Trained in team building, communication skills, conflict resolution, suicide prevention, and dealing with angry people, Marilyn takes the one element that these all have in common, personality identification, to create a tool useful in character development.
Since she created her first book in kindergarten, Marilyn knew she was meant to be a writer. Family and necessity kept her occupied in other pursuits, but the dream never faded. Encouragement through the years came from a high school English teacher and articles in newspapers and magazines, and professional writing. She credits Romance Writers of American and American Christian Fiction Writers with teaching her the skills needed to become a published author. Devotions published online and in Words to Write By, plus personal stories in Chicken Soup for the Dieters Soul and Ultimate Gardener keep her dream alive. Her works in progress are a romantic comedy and a contemporary woman’s fiction.
She lives in Texas with her husband of 42 years and has one married daughter who is also a writer.
1 comment: